This past weekend was a crazy yet fun weekend of reveling in being a geek. Okay, I guess I should be specific and say that Saturday was a day filled with thousands of other geeks all trying to stock up on games and more in Indianapolis for Gen Con.

For those who don’t know, Gen Con is a gaming convention that started back in 1967 and was originally held in Wisconsin. Since 2003 though, it has been held in Indy and is scheduled to remain there at least through 2021. It brings together many companies and designers and such to celebrate gaming. There are panels and demos and such at the Indianapolis Convention Center, but there are also events going on in hotels and other buildings around the city, so that it is actually 4 complete days of gaming. Yes, you can find wonderful geeks playing games any time of day or night during the convention.

While I was in Indy during the weekend of Gen Con in 2016, I was there for a Dungeons & Dragons live stream, not for the convention itself. So this year was my first experience at this particular Con, and I was lucky enough to attend with my boyfriend and one of our other geek friends.

We woke up at 6:00 am on Saturday morning, loaded our things into our rental car and set off for the 3.5 hour drive to Indianapolis. After a pit stop at an IHOP for breakfast, and checking in at our hotel, we drove towards the convention center, parked the car at one of the many parking garages, and headed into the Con.

It was packed! Seriously, getting around the exhibitor hall was sometimes a bit of a struggle. Then again, this was the big 50th year of Gen Con. We did manage to see quite a few awesome booths, and collected a few business cards for the places we plan to shop from in the coming months, and of course we did buy quite a few supplies for D&D and Pathfinder. (And yes, I bought myself 7 new sets of dice. Did I need them? Not really. I already owned like 14 sets. But I wanted them and they looked really cool. Also, the one set is actually gemstone, turquoise to be specific). 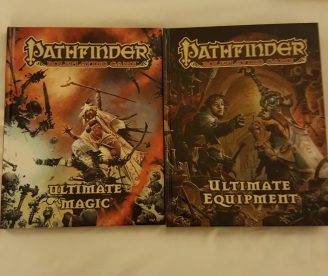 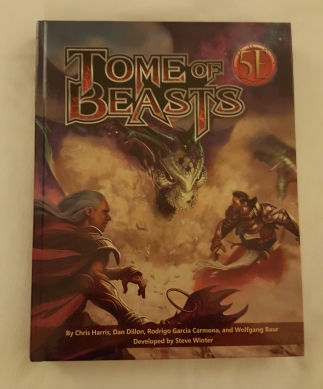 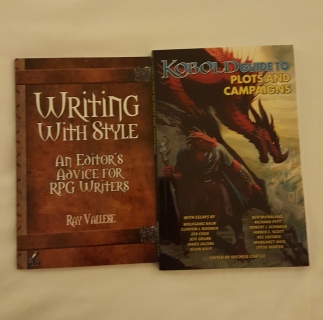 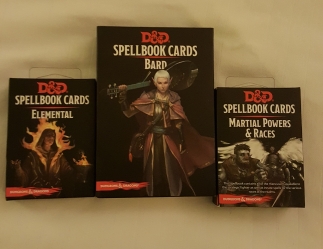 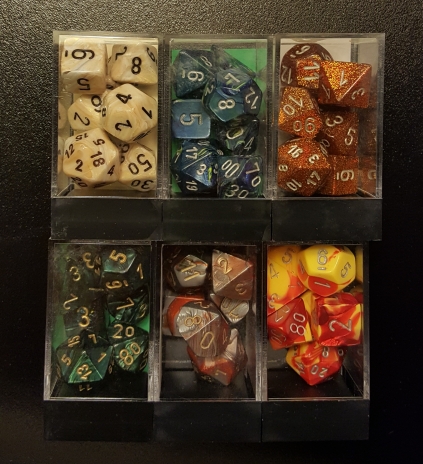 When we were at the Lone Wolf Development booth, which also featured displays for Syrinscape and Kobold Press, we were actually approached by one of the new guys on the crew and he told my boyfriend and I that if we had any ideas for a book or a campaign to get in contact with him and pitch the idea. That naturally led to he and I exchanging business cards. So that was pretty cool.

We also made sure to stop at the booth for Green Ronin Publishing, and grabbed our pre-ordered copies of the Tal’Dorei Campaign Setting book based on the show Critical Role.

After several hours of wandering the floor and hauling bags that got heavier as we added more and more merch, it was time for us to go to Lucas Oil Stadium for the Critical Role signing. So we dropped our bags off at the car, grabbed a quick drink at Starbucks, and then headed over to a football stadium to wait in line for a few hours.

Waiting in line actually wasn’t that bad, honestly. Because we had purchased tickets in advance, the three of us were able to sit in the stands, and the Gen Con staff brought us down one row at a time to go through the signing line.

I know a bit about sports, but obviously I am not a huge follower of them. But I will say that it was so awesome to see the home of the Indianapolis Colts filled with geeks playing board games and talking about geeky things.

Now, I had met most of the Critical Role cast last year during my trip to the live show, but Liam O’Brien was absent then. This year he was there, but Ashley Johnson wasn’t due to filming for the show “Blindspot.” So I was able to get Liam’s signature in my Player’s Handbook, completing my set. I also was able to get everyone to sign my Tal’Dorei Campaign Setting book.

And because the cast are amazing people and actually spent a minute or so talking with each of us, I was able to tell Matthew Mercer, the Dungeon Master for the show the story of my boyfriend and I getting together. You see, we met playing Dungeons & Dragons, with me as a player and my boyfriend as the Dungeon Master. But more than that, when we had our first date, I introduced him to the Mythica series of movies, and we watched all five of them on that date. This is relevant because Matthew Mercer played Szorlok, the villain in the series. And Matt being the amazingly big-hearted geek that he is, feels so touched when he hears stories like that.

Oh, and when I talked to Sam Riegel (who plays bard Scanlan Shorthalt in the show) again, I actually gave him a copy of a book I thought he’d enjoy. The book in question: Pop Sonnets. It is a collection of popular songs that have been turned into Shakespearean sonnets. What was really cool about that interaction was that Sam said he would use it for inspiration. See, bards have an ability where they can inspire other characters by playing music, singing songs, reciting poems, etc. And in the past Sam has used poetry books and books of jokes, so it’s entirely possible that he might use my gifted book on the show. 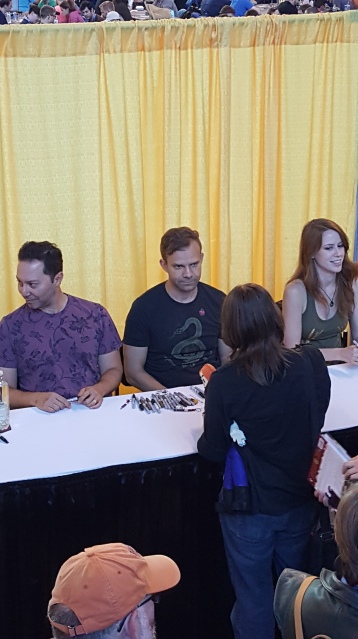 Needless to say it was an absolutely wonderful and geeky day, and myself, my boyfriend, and our friend are already planning to go for all 4 days of the convention in 2018.

2 thoughts on “Gen Con Wrap Up”