I had to mostly pre-write this post, because it is now (or will be when this post goes live) November and I need to prioritize writing my novel over writing my blog or reading for fun. So I don’t know if I’m going to have a huge TBR for this month. But that’s okay, because my wrap-up for October should show that I did plenty of reading.

Endless Quest: To Catch A Thief by Matt Forbeck (5 stars)

Fierce Fairytales: Poems and Stories to Stir Your Soul by Nikita Gill (5 stars)

The Girl from the Other Side: Siuil a Run, Volume 1 by Nagabe (5 stars)

The Girl from the Other Side: Siuil a Run, Volume 2 by Nagabe (5 stars)

The Girl from the Other Side: Siuil a Run, Volume 3 by Nagabe (5 stars)

The Girl from the Other Side: Siuil a Run, Volume 4 by Nagabe (5 stars)

The Girl from the Other Side: Siuil a Run, Volume 5 by Nagabe (5 stars)

All the Feels by Danika Stone (5 stars)

The Monster of Selkirk: The Duality of Nature by C.E. Clayton (4.5 stars)

Shadow of the Fox by Julie Kagawa (5 stars)

Black Bird of the Gallows by Meg Kassel (4 stars)

Make a Nerdy Living: How to Turn Your Passions Into Profit, with Advice from Nerds Around the Globe by Alex Langley (4 stars)

Whew…that was a nice list of books finished this month. I am also trying to prep up a bunch of reviews from all of these reads so they can be posted throughout the month and beyond. I actually have a huge list of reviews I need to write, so I may have quite a few posts coming for the rest of the year.

Obviously I have my usual ongoing watches, namely Fairy Tail and Critical Role Campaign 2. The Fairy Tail watch has slowed down a little bit, because I watch it with my fiance and he has recently been distracted by the new Spider-Man video game. 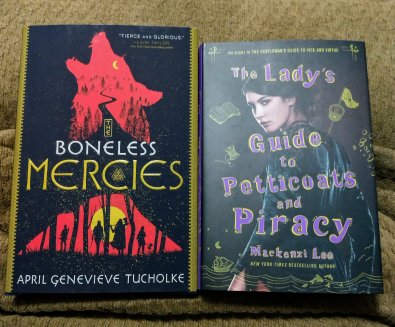 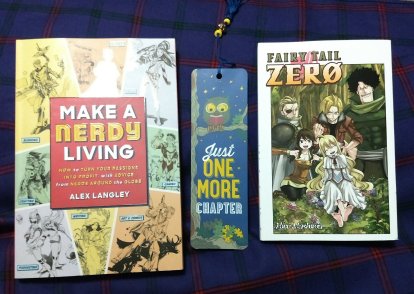 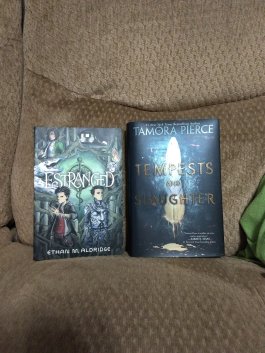 Oh, and if I’m talking about my book haul from October, I guess I should also briefly mention my unhaul from October as well. I ended up removing 94 books from my library.

Now this is where my wrap-up post usually features my monthly Owlcrate unboxing…but my post office delivered my Owlcrate to another apartment in my building, and the package was apparently stolen from that other apartment’s doorstep. I was so excited about the October box too. It featured exclusive Owlcrate editions of both Shadow of the Fox by Julie Kagawa and Pride by Ibi Zoboi. So I have filed a stolen package claim because the package was insured, but since the box was sold out, I’m betting I won’t be able to get the lovely signed editions anymore.

Finally, it is time for my November TBR. This is definitely a tentative TBR, because I should spend more time focusing on writing than reading. But the next round of the Manga Madness readathon is coming up next week, and I still have a decent stack of books I’d really like to read, so…these are books that I may or may not get around to this month.

Okay, well that is all for today, but I’ll be back soon with more bookish content.

4 thoughts on “October Wrap Up and November TBR”