Well, we’ve finally made it to Friday. This has felt like a v-e-r-y-l-o-n-g-w-e-e-k, at least to me. By the time I finish my shift tonight I will have worked 52 hours this week, which has left very little time for anything that I can’t accomplish while at work–you know, so I’ve still been able to do some reading, some blogging, and some writing. At home I’ve pretty much just slept and showered. So, you know, super glamorous life.

Anyway, for today’s recommendations post, I thought I would try to do sort of a seasonally inspired theme. Though, yes, there actually hasn’t been a lot of winter weather for me yet this year. Trust me on that, I am not complaining. I very much dislike the cold, and think snow is only good for some really cool/pretty photography. Other than that I’d rather just avoid the world and stay inside, bundled up where it’s nice and warm.

So, for today’s post I thought I would look at books that are good to read during the winter season. These are books that are good to pick up when it is chilly and snowy outside. Whether they themselves are set around Christmas time, or are just set in a place where the wintery atmosphere is a big and important part of the story, these are just books that I think are brilliant when you’d rather stay inside, bundled up under the blankets, with a roaring fire going (or hey the fake fireplace on Netflix–I do it all the time), and a nice mug of your preferred hot beverage.

First up, I pretty much am required to start with a childhood favorite, and that is The Lion, the Witch, and the Wardrobe. Okay, so I’m not including other childhood favorites like The Polar Express or The Night Before Christmas, but the wintery setting of Narnia when Edmund first enters is just an image that sticks with you for a long time. Actually it has been quite a while since I’ve read this one, or any of the series, so now might be a good time for a re-read.

After that it’s a few of my more recent reads, all of which have lovely wintery settings. Reading Winterwood on a cold December night with a big mug of hot cocoa beside me and the Netflix fireplace going just made the perfect atmosphere for this slightly chilly and eerie read. As the title implies, We Met In December starts at the end of the calendar year, right around Christmas time, but then the book spans the whole next year, so this book is great if you just want hints of winter instead of the full blizzard, lol. The same is somewhat true of Waiting for Tom Hanks, because it is set in Ohio around the beginning of January, so it’s cold and wintery, but the cute rom-com romance moments will make you feel all warm and fuzzy inside. Then there’s The Bear and the Nightingale, which I would honestly recommend the whole trilogy, because the bleak, cold, frozen, mostly isolated Russian setting just made me feel chilled to the bone while reading, and yet I’m somewhat obsessed with this trilogy. It’s really great. 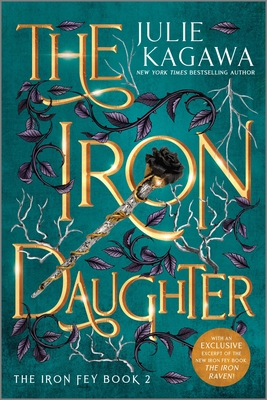 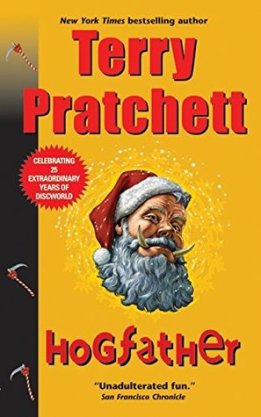 Next up, I feel like I have to talk about Frostbite, which is the second book in the Vampire Academy series, but it is set during the wintertime and big part of the plot is a group of the characters going to a ski lodge, and whole lot of shenanigans ensue from the trip. Yes, it is definitely a 2000s YA paranormal/vampire story, but I still really love this series and its spin-off series as well. Well, if I’m talking YA series, I guess I should also mention The Iron Fey series, and again specifically the second title The Iron Daughter. This series is obviously centered around the fey, so there’s the Summer Court and the Winter Court, and this second novel is very much focused on being in the Winter Court and dealing with those who live there. I need to re-read this entire series, and I also need to change out the old covers for these new 10th anniversary covers because they are stunning.

Oh, I should probably mention another childhood favorite of mine, and that’s The Golden Compass. This one deserves mentioning for the armored polar bears alone. Again, this is also a book that I haven’t read in quite some time, and I need to re-read the His Dark Materials trilogy so I can actually read the new Dust trilogy set in the same world.

Then there’s another Christmas-ish recommendation, and that is Hogfather. Though, I’ll also just say that I recommend the movie/TV mini series. It’s like a 3-ish hour long view, but immensely worth it. I mean, who doesn’t want to follow an adventure where an assassin is hired to take out the Hogfather and then Death steps in to take over the role delivering presents and such until the Hogfather can be saved/restored? Seriously, it is a wildly entertaining adventure and I definitely recommend it.

Finally I’m just going to include the entire Kanin Chronicles trilogy, because they are all very focused on cold and snow and winter vibes. Oh, and I guess I should mention A Game of Thrones too, because you know…winter is coming.

That is all from me for today, but I’ll be back soon with more bookish content.